PLEASE NOTE: THIS COURSE IS NO LONGER OFFERED FOR CEUs 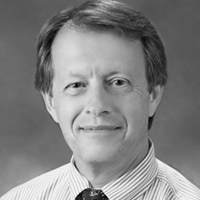 James W. Hall III, Ph.D. received a Bachelor’s degree in biology from American International College, a Masters degree in speech pathology from Northwestern University and his Ph.D. in audiology from Baylor College of Medicine under the direction of James Jerger.  Since then he has held clinical and academic audiology positions at major medical centers. Dr. Hall has also maintained a clinical practice, participated in funded research, and served as a clinical instructor and mentor to Doctor of Audiology students. He now holds appointments as Adjunct Professor in the Department of Audiology at Nova Southeastern University, Adjunct Lecturer at the University of Florida, Adjunct Professor at Salus University, and Extraordinary Professor in the Department of Communication Pathology at the University of Pretoria in South Africa and. He’s also president of James W. Hall III Audiology Consulting LLC.

Dr. Hall is among the 34 founders of the American Academy of Audiology (AAA). He’s served the AAA as convention program chair and also on numerous boards, committees, and task forces. In 2012 he received the Distinguished Achievement Award from the Academy. Dr. Hall’s major clinical and research interests are clinical electrophysiology, auditory processing disorders, tinnitus/hyperacusis, and audiology applications of tele-health. He regularly lectures internationally on these and other audiology and hearing-related topics. Dr. Hall is the author of over 150 peer-reviewed journal articles, monographs, or book chapters. He’s also authored or co-authored seven textbooks including the Handbook of Auditory Evoked Responses, the Handbook of Otoacoustic Emissions, the New Handbook of Auditory Evoked Responses, Audiologists’ Desk Reference (Volumes I and II), Objective Assessment of Hearing, and Otoacoustic Emissions: Principles, Procedures & Protocol, and the upcoming Introduction to Audiology Today. More information about Dr. Hall including access to many of his presentations and publications is available on his website: www.audiologyworld.net.

More
Presenter Disclosure: Financial: James Hall is a paid, guest speaker for Siemens Hearing USA. He is also president of an audiology consulting practice, Audiology Consulting, LLC, and receives royalties for books he has authored. Non-Financial: James Hall has no relevant non-financial relationships to disclose.

Sponsor Disclosure: This Course is presented by Siemens in partnership with AudiologyOnline.