Pricing Strategies and Delivery Models for Audiology Items and Services

This presentation covers pricing strategies available for diagnostic testing, hearing aid related items and services, and the hearing aids themselves. The importance of the breakeven analysis in effective pricing models, as well as Medicare and competition pricing is explained. Bundled and unbundled (itemized) hearing aid pricing models are discussed, along with their pros and cons, and how they function in various clinical situations. 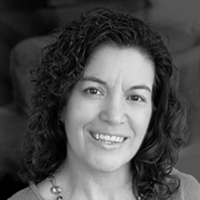 Kim Cavitt, AuD was a clinical audiologist and preceptor at The Ohio State University and Northwestern University for the first ten years of her career.  Since 2001, Dr. Cavitt has operated her own Audiology consulting firm, Audiology Resources, Inc.  Audiology Resources, Inc. provides comprehensive operational and reimbursement consulting services to hearing healthcare providers. She currently serves as the President of the Academy of Doctors of Audiology (ADA), Representative to the Audiology Quality Consortium (AQC) and is a member of the State of Illinois Speech Pathology and Audiology Licensure Board.  She also serves on committees through ADA and ASHA and is an Adjunct Lecturer at Northwestern University.