This course features a review of key recent journal articles related to outcomes in patients with auditory neuropathy/dys-synchrony (ANSD). For each article, we will discuss what the authors asked, their findings, and the implications for clinical practice for audiologists. 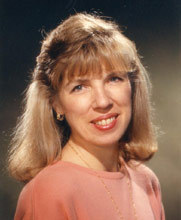 Linda J. Hood, Ph.D., is a Professor in the Department of Hearing and Speech Sciences and Associate Director for Research at the National Center for Childhood Deafness and Family Communication at Vanderbilt University in Nashville, Tennessee. She received a master's degree in audiology from Kent State University and a Ph.D. in hearing science from the University of Maryland. Dr. Hood completed an NIH post‐doctoral fellowship and was a faculty member at the Kresge Hearing Research Laboratory, Louisiana State University Health Sciences Center in New Orleans for over 20 years. Research and clinical interests include auditory physiologic responses, efferent auditory function, hereditary hearing loss, auditory neuropathy/dys‐synchrony, central auditory processing, development of hearing, aging of the auditory system, cochlear implants, and comparative hearing studies. In addition to research and teaching, Dr. Hood has participated in several review and working groups of the National Institutes of Health (NIH) National Institute on Deafness and Other Communication Disorders, is a past president of the American Academy of Audiology, past trustee of the American Academy of Audiology Foundation, and a current member of Boards of the American Auditory Society and the International Society of Audiology. 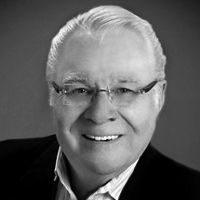 Dr. H. Gustav Mueller is Professor of Audiology, Vanderbilt University and also holds faculty positions with the University of Northern Colorado and Rush University. He is the Senior Audiology consultant for Siemens Hearing Instruments and Contributing Editor for AudiologyOnline. Dr. Mueller is a Founder of the American Academy of Audiology and a Fellow of the American Speech and Hearing Association. He has published extensively in the areas of diagnostic audiology and hearing aid applications, and has co-authored several books, including the Audiologists’ Desk Reference (Volumes I and II), Fitting and Dispensing Hearing Aids, and most recently Modern Hearing Aids. Gus is the co-founder of the popular website www.earTunes.com, and resides on a North Dakota island, just outside of Bismarck.

Presenter Disclosure: Linda Hood: Financial: Linda Hood is an employee of Vanderbilt University. She has conducted research in multiple areas, including auditory neuropathy/dys‐synchrony and central auditory processing. AudiologyOnline has made a donation to Vanderbilt University's student educational program in appreciation of the presenters donating their time to the Vanderbilt Audiology Journal Club on AudiologyOnline. Non-Financial: Dr. Hood has participated in several review and working groups of the National Institutes of Health (NIH) National Institute on Deafness and Other Communication Disorders.

H. Gus Mueller: Disclosure: Financial: Dr. Mueller has a private audiology consulting practice, is the Senior Audiology consultant for Siemens Hearing Instruments, and is a Professor of Audiology at Vanderbilt University. He serves as a Contributing Editor for AudiologyOnline and the hearing aids series editor for Plural Publishing. Dr. Mueller is the author of many textbooks regarding hearing aid selection and fitting. AudiologyOnline has made a donation to Vanderbilt University's student educational program in appreciation of the presenters donating their time to the Vanderbilt Audiology Journal Club on AudiologyOnline. Non-Financial – Dr. Mueller has no relevant non-financial relationships to disclose.

Sponsor Disclosure: This course is presented by AudiologyOnline in partnership with Vanderbilt University.