This presentation will offer a basic overview of and types of teleaudiology and evaluations that can be performed. Clinical considerations such as support personnel, training, and licensure requirements as well as the communication and evaluation equipment needed to conduct a teleaudiology program will be presented. 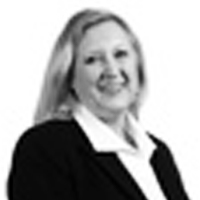 Keeley Moore, M.A., CCC/A, is a clinical support audiologist at Audiology Systems, where she acts as client liaison for product support as well as offer clinical education and training. Moore has more than 15 years of experience as a practicing audiologist. She joined Otometrics from the Illinois Early Hearing Detection and Intervention Program, where she was an audiological consultant. While there, she played a key role in training and supporting lay hearing screeners, which included teaching OAE hearing screening courses and leading practicum for lay screeners. Prior to that position, Moore was a clinical and educational audiologist with a non-profit speech and hearing clinic. In that position, she served a diverse patient population and performed pediatric through geriatric behavioral audiometric assessment and implemented habilitation and rehabilitation services. She also performed hearing aid and FM selection, fitting, verification and management. Additionally, Moore counseled and taught advocacy skills to parents, students and professionals, among many other responsibilities. Moore has also worked in ENT clinics and hospital environments and is skilled in a broad spectrum of audiology and vestibular practices.  Moore served honorably in the United States Marine Corps from 1985 through 1990, as a non-commissioned officer. She holds a B.A. in speech and hearing sciences from Indiana University, earning her Masters in Audiology from The Ohio State University. She holds a certificate of clinical competence and is certified by the American Board of Audiology.

Sponsor Disclosure: This Course is presented by Otometrics and Audiology Systems in partnership with AudiologyOnline.