20Q: Acceptable Noise Level Test - The Basics and Beyond

This text provides an overview of the purpose and clinical use of the Acceptable Noise Level (ANL) Test, in an engaging question and answer format. 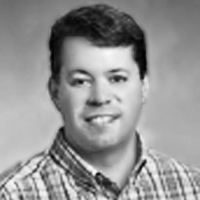 Patrick Plyler graduated from The University of Tennessee with his Doctor of Philosophy in 1998.  He then moved to Louisiana State University, where he was an Assistant Professor for 5 years.  In 2004, Dr. Plyler returned to The University of Tennessee as an Assistant Professor.  Dr. Plyler’s research interests are in the areas of diagnostic audiology, efficacy of advanced features in modern hearing instruments, and speech perception in quiet and in noise.  Dr. Plyler has received external support for several research projects, most of which have investigated various features in digital hearing instruments.  Dr. Plyler has published articles in the following journals: Journal of the American Academy of Audiology, Journal of Educational Audiology, Clinical Neurophysiology, Journal of the Acoustical Society of America, and Journal of Speech-Language Hearing Research.  In addition, Dr. Plyler serves as an editorial consultant for the American Journal of Audiology, the Journal of Educational Audiology, Trends in Amplification, and the Journal of Speech-Language Hearing Research.

Handouts are available for this course.
Presenter Disclosure: Financial: Patrick Plyler has received external support for several research projects, most of which have investigated various features in digital hearing instruments. Non-financial: Patrick Plyler has published many journal articles. He serves as an editorial consultant for the American Journal of Audiology, the Journal of Educational Audiology, Trends in Amplification, and the Journal of Speech-Language Hearing Research.