Assessment and Management of Children with Autism Spectrum Disorder

Children with Autism Spectrum Disorder exhibit severe auditory deficits relative to neurotypical peers. As a result, the goal of this presentation is to review published literature regarding the typical auditory performance of children who are diagnosed with ASD as well as to provide clinically-focused assessment protocols and auditory-focused management strategies for children with ASD.

Please note: You may earn ABA Tier 1 credits for this course if you complete it as part of the course 26907, "AudiologyOnline Fall Focus: Pediatrics." Course 26907 contains recordings of all three events from our 2015 Fall series on Pediatrics. ABA Tier 1 CEUs can be earned only when all modules are completed as part of course 26907. 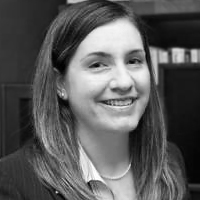 Erin Schafer is an Associate Professor at the University of North Texas in the Department of Speech and Hearing Sciences.  She teaches courses and publishes peer-reviewed research on the assessment and (re)habilitation of adults and children with hearing loss or auditory disorders.  She currently serves as the Editor of the Journal of Educational Audiology, has worked as an educational audiologist, and continues to provide consulting services to local school districts.   In 2013, she was awarded the Cheryl Deconde Johnson Award for Outstanding Achievement in Educational and Pediatric Audiology.

More
Presenter Disclosure: Financial: Erin Schafer publishes peer-reviewed research on the assessment and (re)habilitation of adults and children with hearing loss or auditory disorders, and currently services as the Editor of the Journal of Educational Audiology as well as a board member. She received an honorarium for presenting this course. Non-financial: Erin Schafer has no non-financial relationships to disclose.