The New Open Sound Paradigm: Why it Matters: Oticon’s legacy lies in a history of commitment to providing continuous improvements in hearing solutions available for people with hearing loss. This dedication to smart innovation has led to an unprecedented approach to manage listening in complex auditory environments. This session will introduce this new technology, compare and contrast with traditional technologies and highlight the benefits for the end user.
Open Up to the World: We have had tunnel focus for far too long. Technological limitations of today’s hearing instruments make it difficult for patients to do well in complex listening environments. In this session, attendees will be introduced to Opn: a new paradigm in hearing care, which provides patients an open sound experience like never before.
Wireless Possibilities - Connect to the World: As the new Velox Platform allows for direct connection to smart phones without sacrificing the audiological benefits of high speed data transfer between ears, a new world of possibilities is opened up for the patient. As more and more consumer electronics are communicating with The Internet of Things, we have taken the opportunity to create If This Then That (IFTTT) solutions that make a difference to patients with hearing loss. This presentation will explain what this new world is all about and how Oticon Opn can offer real benefits to those with hearing loss. 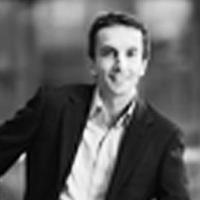 Søren Nielsen is the President of Oticon A/S, a leading manufacturer of modern solutions for people that are hard of hearing. Oticon is part of William Demant Holding, and is a pioneer within the field of audiology and high-tech digital technology. With a Master of Science in Engineering from DTU, Denmark’s Technical University, Søren Nielsen has spent over a third of his lifetime in Oticon and at age 37, he became President of the company. Søren Nielsen carries the overall responsibility of the Oticon business across the globe. Oticon is active in more than 130 markets. 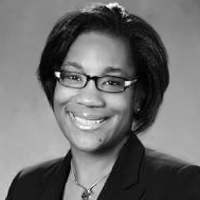 Sheena D. Oliver, Vice President, Marketing for Oticon, Inc. is responsible for Oticon’s overall marketing strategy, overseeing the company’s marketing, advertising and public relations initiatives across all product lines. As an audiologist, Sheena has a unique understanding of the day-to-day needs of hearing care professionals.  She provides a positive environment that encourages communication and critical information sharing and results in innovative approaches that better address the needs of our business partners. Previously, as manager of Oticon Pediatrics, Sheena helped to establish Oticon Pediatrics as a distinct brand and a valuable single source for optimal solutions for children with hearing loss. An alumna of the University of Pittsburgh, she earned her Doctor of Audiology degree from Salus University and holds a Masters in Business Administration from Temple University.

Jens Rosenstand, MS, is Director of Product Management at Oticon Global headquarters in Denmark.He and his team of product management specialists is responsible for linking R&D related development to market needs ensuring competitive products and features. Product Management also interacts with development through several stages towards maturing product launches. Jens has a degree in specialized business studies – focusing on marketing, and prior to Oticon he spend 9 years at Nokia in Denmark, which was Nokia’s largest development site outside Finland.